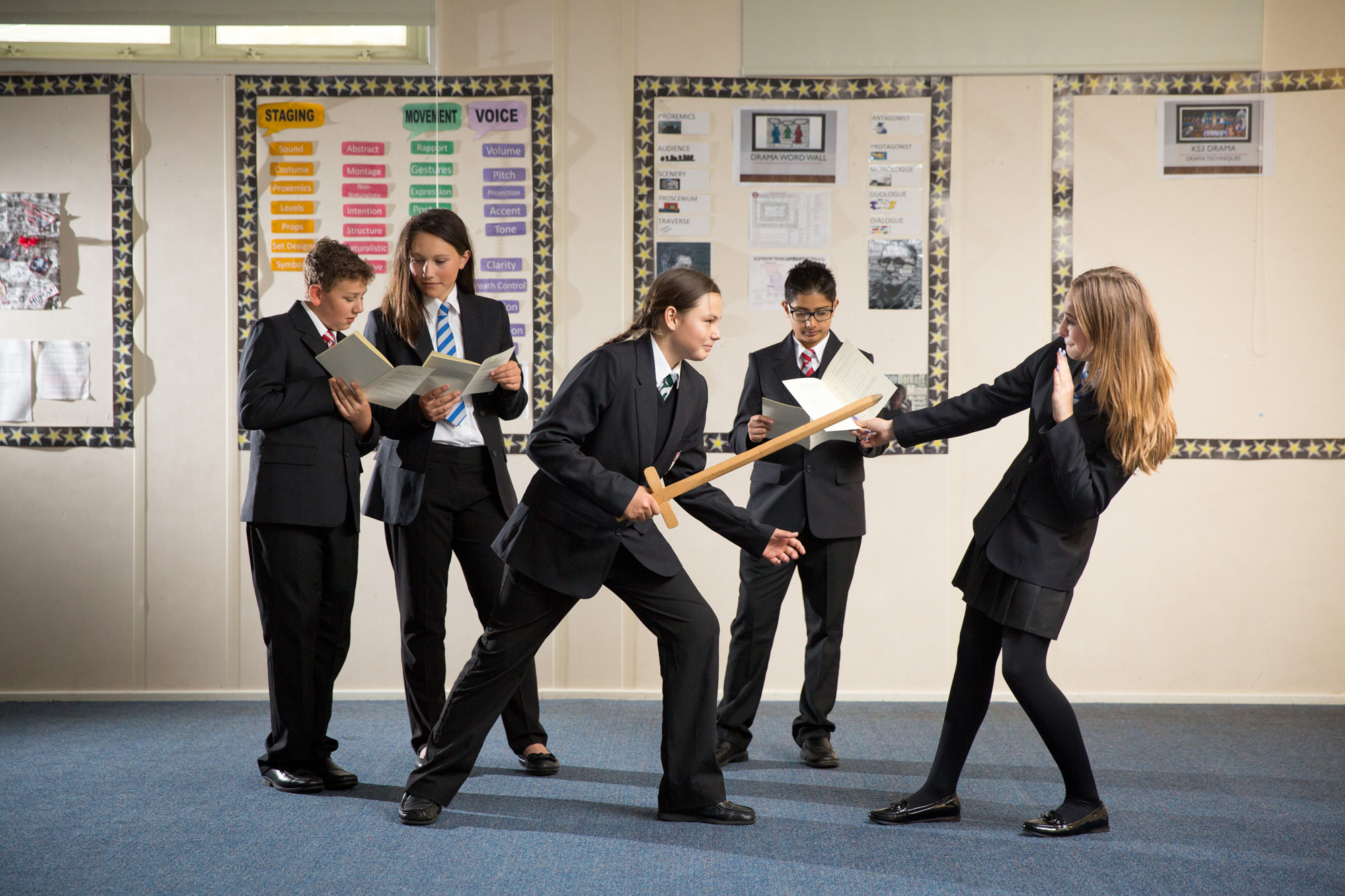 We have three active houses in Dinnington High School: Hatfield, Osborne and Segrave. Athorpe House until recently was applied to the Sixth Form but we now keep students in the same house from Y7 to Y13. Hatfield is the green part of the shield, Osborne is blue, Segrave is red and Athorpe is yellow. The names of the houses are also names for some of the buildings on the site. Each house is led by a Dean who promotes the House identity and inter-house competition. When students start at the school, parents can request their son/daughter goes into the same house they were in if they are former members of the school. Although forms are organised by years, each form belongs to a specific house.

Segrave: after the de Segrave family who owned much of the local area in the 16th century prior to the Athorpes.

Hatfield: land-owners in Laughton-en-le-Morthen in the 17th century.

Osborne: the family name of the Duke of Leeds who had property in Kiveton Park.

Achieving Excellence is the overriding ambition of the LEAP Multi Academy Trust. We place students at the centre of everything we do, creating a culture of success and a love of learning which enhances students’ achievement and their personal, social and emotional development.